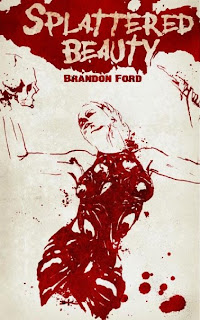 Alyssa Peyton was once a reigning Scream Queen. With her Director husband, they were destined for great things. His horror films were highly successful, and she, being the star, was once a household name. But the husband and, by extension, the roles are gone. He has a new wife, and with her a new star. The roles that once fell into Alyssa's lap because her husband wouldn't do a film without her are now going to Jessica Palmer. As a result, Alyssa relies on horror conventions to relive her glory days.

This is where she meets Taryn, a 19-year old lesbian who is probably Alyssa's No.1 fan. The actress is also the subject of many a fantasy. When problems at home become unbearable and the teen walks out, she turns to the object of her affections, Alyssa, who willingly allows the troubled teen to stay with her. It is a codependent relationship -- Alyssa needs to be loved by her fans and Taryn needs to love Alyssa -- but it takes awhile for Alyssa to realize the extent of Taryn's love for her. Sound familiar? Famous celebrity and idolizing number one fan? It's not what you might think.

Another failed audition crushes Alyssa. To lose the role, a role she feels she was born to play, is bad enough, but to lose it to Jessica Palmer is more than Alyssa can take. The woman has stolen everything from her -- her husband, her place in his films, and now this. What's the point in going on? She turns to the only thing that she feels will free her from the pain -- pills and alcohol.

It seems she can't succeed in anything anymore, not even suicide. Taryn rescues her from the brink of death, but it is too late. During her hospitalization, Alyssa's descent into madness starts. She realizes that she was trying to cut out the pain, but she wasn't getting the pain at the root. The root of all her pain is Jessica Palmer and the man who betrayed her. With Taryn as an unwitting accomplice, Alyssa sets out to eradicate the source of her pain and those who have betrayed her.

Brandon Ford's Splattered Beauty is a thrill ride into the depths of madness. His depiction of the aging film star is one part Norma Desmond, one part Annie Wilkes, as she is her own number one fan. With the revelations of her abused childhood and abandonment issues that stem from her mother walking out when she was young, the slide down the slippery slope of sanity and over the edge is believable and heartbreaking. While you read open-mouthed at the atrocities she commits, you can't help but feel sorry for her as her life spins out of control. Taryn, as the devoted companion/love interest, is another story. While the old adage that love is blind might hold true for some things, to allow yourself to become an accessory to multiple murders is something I had a hard time believing. Having witnessed numerous instances of the older woman's instability, there were plenty of chances for her to beat a hasty retreat, but she chooses to stay. Her weak nature and her ability to be so easily manipulated often had me hoping that Alyssa would grow tired of the troubled teen and deliver to her a particularly gory death. You want the girl to run like hell and get away, and when she doesn't, you kind of hope she gets what stupidity gets you in most horror films and novels.

I mentioned in a review of Ford's Crystal Bay that the author was a new voice in horror who holds promise in the genre. I stand by this assessment. Splattered Beauty is a well-written, fast-paced joy ride that will have you glued to the edge of your seat. Don't miss it!
Posted by Woofer at 9:58 PM