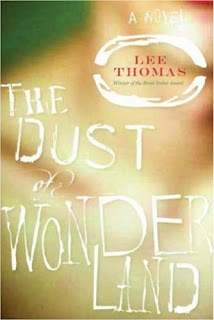 Tell me a story. Those words haunted Kenneth Nicholson for years, terrorized his waking hours to the point where he had been forced to abandon his family and the man he loved to start a new life in another state. Not that his new life was anything to brag about -- work and a string of meaningless relationships -- but it wasn't haunted by his past.

When the phone call comes from his ex-wife to tell him that their son has been brutally beaten and his chances of survival are slim, Ken is forced to return to New Orleans. Nobody except his ex-wife knew he was coming back, so when the phone rings and a woman on the other end says, "Welcome home, baby," followed by, "Tell me a story," Ken knows there is something more to his son's attack than just a random beating. When it is discovered that his son's fiancee has vanished, Ken believes she had something to do with it. This is confirmed when the address the woman has given turns out to be where Ken spent a portion of his youth -- and the source of his nightmares.

The home is a rundown mansion formerly known as Wonderland. It was also the home of Travis Brugier, Ken's one-time lover and a man of formidable wealth, influence, and Power. Ken knows in that instant that Travis is responsible for what happened to his son. But Travis is dead by his own hand. The man committed suicide when Ken made it known he wanted out. Now Travis wants him back, and he will stop at nothing until Ken returns to him, even murder, as he demonstrates when Bobby, Ken's son, is killed while in the hospital. Can Travis be stopped before everyone close to Ken suffers?

Rarely have I been blown away by a book the way I was with The Dust of Wonderland. I bought it a couple of years ago and just let it sit on my shelf. It's published by Alyson Books, an established gay and lesbian publisher, and that in itself was enough to make me keep it on the shelf. It has been my experience that many of the gay and lesbian novels I have read are so poorly written and boring, it takes me forever to get through them. In short, I was afraid to pick it up because I didn't want to be disappointed. After reading Lee Thomas' novel, I can only say, What the hell was keeping me from this book?

With The Dust of Wonderland, Lee Thomas has created a haunting, heartbreaking masterpiece that will have you on the edge of your seat to the very last page. He paints a portrait of a man who is forced to confront the nightmares of his past in order to save the ones he loves. You can feel his terror and his despair as he tries race against the clock to stop a creature that has the ability to reach from beyond the grave. Thomas' novel is well written and well paced. Each chapter ends on a note that keeps you wanting to read on to find out how things turn out. The Dust of Wonderland is an excellent novel and is one that should be on everybody's MUST READ list.
Posted by Woofer at 7:01 PM