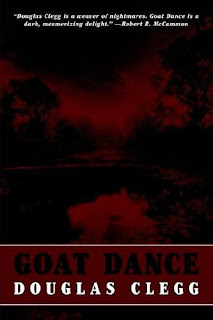 Welcome to the Nightmare World of "Cup" Coffey.

In 1985, a young girl drowns. But she does not die. Well, she does, but she is resuscitated. And she brings something back with her when she returns to the world of the living.

In 1986, a young man burns his mother and attempts to kill his little sister.

In 1974, a young man overhears a secret and dies while running to reveal that secret. And under a cloud of scandal, another young man is sent home from a prestigious private school.

In 1986, the dead reach out to a young teacher, and in a panic he strikes a student. Under a cloud, he returns home to find he has received a phone call reminding him of a promise he made on the night a young man died. With nothing keeping him in Washington, DC, he returns to Pontefract, Virginia, only to find that the dead are coming back to life.

The town of Pontrefact, Virginia, is a close-knit community, with most of the residents being descendant of the town founders. They also guard a dark secret. Why are the dead of Pontefract returning from the grave? Are they seeking justice for a crime that lay buried in the town's past, or is it something that pre-dates the town's founding?

I'll admit I haven't read that much of Douglas Clegg's work. My two previous forays in Clegg Country left me teetering on the fence, as one of the books I loved, and the other one left me with a WTF? moment, and I wasn't sure I wanted to take the trip again, for fear of being disappointed when I arrived at my destination. Early on in Goat Dance, I was getting that feeling that I wasn't going to like where I was heading, but I continued down the road, and by the time I reached the end, I was glad I hadn't turned back.

The beginning of Goat Dance left me feeling lost. The jumps in time constantly had me going back to the beginning of the chapter to find out "when" I was, but once the past caught up with the present, it was smooth sailing. The disturbing thing about this particular trip is that the manifestations of the awakened evil are a perversion of love. The Darkness knows your past, knows the subject of your deepest love, and perverts it, twists it, using it against you to get what it wants. The familiarity is such that it leaves you wondering if the evil is an external force or something that comes from within, which leaves the characters (and the reader) wondering if what they are experiencing isn't some sort of hysteria brought about by a deep-seated sense of guilt and loss.

While I don't want to judge Clegg's style on Goat Dance alone, and my two previous trips into Clegg Country are too far in my past to compare it to, I did find his narrative style to be bare bones. The description was minimal, but it worked in this particular work, as the story unfolds in an isolated town in the middle of winter and you are left with a feeling of desolation and despair. I am interested to see if his other works carry on with the same concentration on story with minimal description, which wouldn't be a bad thing.

So after Goat Dance, am I still teetering on the fence? Kind of. But in a good way, as I will need to read more to make a definitive decision, which I plan to do - I have several more of Douglas Clegg's books waiting in the wings. Would I recommend Goat Dance? Most definitely. It's a chilling tale that will leave it's mark on you.
Posted by Woofer at 7:28 PM